Former Foster Child With a Heart to Help 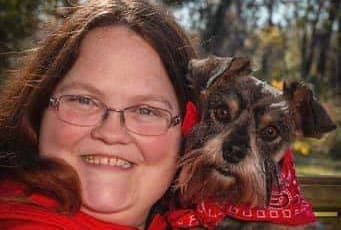 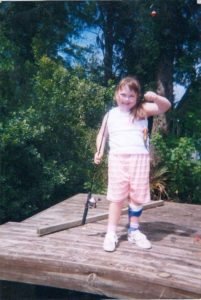 Rebecca Needham-Mortimer is a former foster child who was adopted while in the care of SCYAP in 1995. Now as an adult, Rebecca reached out to SCYAP in June of this year with the sweetest message of gratitude to her Treatment Coordinator at the time and to SCYAP as an organization. We were so excited to hear from her that we asked to learn more about her story since her amazing parents, Maggie and Richard Needham, officially adopted her. This is a small glimpse into the beautiful story of Rebecca.

Rebecca was born in 1992 and spent nearly three years in foster care before she was legally adopted. At the age of approximately 3 years old, Rebecca was diagnosed with cerebral palsy and other growth and health-related diagnoses. Her mother was determined to do all she could to help Rebecca and built a stroller specialized to her needs that would help to improve her strength. For more than 3 years Rebecca also wore a brace to help with her cerebral palsy symptoms. In 1997, Rebecca’s father, Richard Needham sadly passed away. To be closer to extended family Rebecca and her mother moved to Ohio and when she was nearly 6 years old her mother married Stan Mortimer, who was also an amazing father to Rebecca. It was in Ohio where Rebecca and her mother went for a routine visit to the Children’s Hospital of Ohio where they both learned from the physician that Rebecca’s cerebral palsy was in remission! 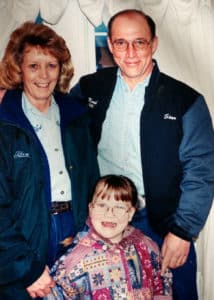 Rebecca and her family spent the next several years in Ohio where she joined the Girl Scouts and discovered her love for being involved with her community. Her dedication to lead a full life despite obstacles with her health was further made evident when Rebecca took violin lessons. She stayed committed to completing an entire year of lessons even though she did not feel the violin was suited to her abilities. On the night of her violin recital, she stood in the back row behind the other older students. When it came time for Rebecca to play her piece, the students all sat down so Rebecca could be seen and heard for all her hard work.

Rebecca continued school and her involvement with the community in Ohio until her 9th-grade year when she and her family moved to Missouri. In Missouri, her desire to be involved with her community grew even more as she became a volunteer for four years with a group from her high school. They would volunteer regularly at local nursing homes and help in disaster relief efforts for families affected by tornado damage. Rebecca also joined the 4-H program, a program designed to help children and youth learn about and work with farm life to complete various projects in the community. One of Rebecca’s 4-H projects even made it to the state fair. In addition to her love for helping and learning about her community, Rebecca also dedicated herself to achieving academic excellence and graduated 5th in her senior class! 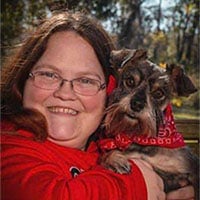 communities and her personal life experiences with health issues to become a Medical Assistant (M.A.). She has already obtained her CNA license and is working diligently so she can become an M.A. as soon as possible. She wants to give back to other children who have endured many obstacles due to medical and other circumstances beyond their control. When asked what advice she would give to children currently in therapeutic foster care, Rebecca kindly said, “Even though it may seem like a rough time, the majority of the time there will be a happy ending. Keep on going something good will come out of it.”